To share your memory on the wall of Glynn Howard, sign in using one of the following options:

Print
On Wednesday, December 9, 2020, at the age of 63, Glynn Albert Howard transitioned from labor to reward. He was born in Hampton, Virginia on December 14, 1956 to the late Willard O. Howard and Jane G. Howard.

As a child, Glynn attended ... Read More
On Wednesday, December 9, 2020, at the age of 63, Glynn Albert Howard transitioned from labor to reward. He was born in Hampton, Virginia on December 14, 1956 to the late Willard O. Howard and Jane G. Howard.

Glynn attended Norfolk Public Schools for his elementary and high school education. He graduated in 1975 then furthered his education in studying Industrial Arts Education at Norfolk State University from 1975-1978.

In addition to his parents, Glynn was preceded in death by his brother, Ronald Howard.

To send flowers to the family or plant a tree in memory of Glynn Albert "'Yo'" Howard, please visit our Heartfelt Sympathies Store.

We encourage you to share your most beloved memories of Glynn here, so that the family and other loved ones can always see it. You can upload cherished photographs, or share your favorite stories, and can even comment on those shared by others.

Guaranteed hand delivery by a local florist
VS

Posted Dec 12, 2020 at 12:06pm
So saddened to learn of Glynn’s passing. I met Glynn years ago while working at NOB. Glynn was a very nice guy. Hadn’t seen or heard from Glynn in years. My sincere condolences to his family during this most difficult journey.
Comment Share
Share via: 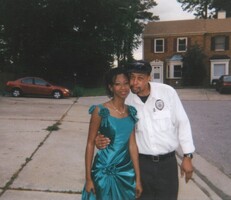 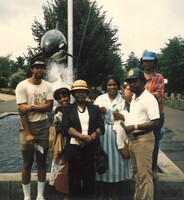