To share your memory on the wall of Elsie Bray, sign in using one of the following options:

Print
Elsie Mae Bray, daughter of the late Ellis and Mary Watkins, was born on June 10, 1941 in Halifax, Virginia.

She accepted Christ at an early age and was baptized at First Baptist Church in Norfolk, Virginia.

And continued he... Read More
Elsie Mae Bray, daughter of the late Ellis and Mary Watkins, was born on June 10, 1941 in Halifax, Virginia.

She accepted Christ at an early age and was baptized at First Baptist Church in Norfolk, Virginia.

And continued her walk with Christ and joined Mount Olive Baptist Church on December 29, 2014.

She departed this life on October 29, 2020 after a short illness.
She received her education at Booker T. Washington High School in Norfolk, Virginia.

She married Earl Henderson Bray on September 22, 1961 and out of that union, three sons were born: Kenneth, Alvin and Calvin.

Elsie retired from the Norfolk Public School System after 18 years of service. She enjoyed being on the Hospitality Committee, the Golden Years Ministry and Missionary Ministry.

She participated in the Norfolk Senior Olympics and was a member of the Grand Court, Order of Calanthe of Virginia.

Elsie, or “Skinny” which she was fondly known as, enjoyed going to the movies, reading books and having lunch with her friends. She loved family holidays and traveling.

adopted sister and brother Esther Charity and James Carter both of Norfolk, Virginia; five grandchildren, Tiara, Shayla, Kimberly, Kenneth and Brianna and a host of great grands, nieces, nephews and other relatives and friends.
Read Less

To send flowers to the family or plant a tree in memory of Elsie Mae "'Skinny'" Bray (Watkins), please visit our Heartfelt Sympathies Store.

We encourage you to share your most beloved memories of Elsie here, so that the family and other loved ones can always see it. You can upload cherished photographs, or share your favorite stories, and can even comment on those shared by others.

Posted Nov 03, 2020 at 10:50am
"Aunt Skinny" will remain in our hearts forever. Mom will always think of you and your time together. We will always love and miss you.

3 trees were planted in the memory of Elsie Bray

Posted Nov 07, 2020 at 10:06pm
THIS TREE PLANTED WILL ALWAYS REMIND ME OF YOU. STRONG AND ETHEREAL. I LOVE YOU AND WILL MISS YOU ALWAYS. REST. LOVE YOUR NIECE

Posted Nov 04, 2020 at 05:07pm
Aunt Skinny I miss you already. I will forever miss our holidays and family celebrations. I will miss your voice in my head and my heart. Our conversations, our love of food. Our endless summers

con't. Our endless summers of my childhood that have been replaying in my head lately. Thank you for taking care of me and making me feel so special.
CG

Posted Nov 04, 2020 at 07:00am
To my brother-in-law Calvin, My sister Tanya, and Brianna—- my sincere condolences on the loss of Elsie. Elsie loved her family and it showed. I grieve with you all and the rest of the Bray family. May Elsie Rest In Peace. Love Kelly Gravely
Comment Share
Share via: 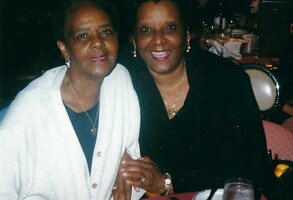 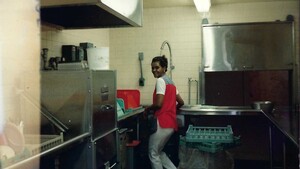 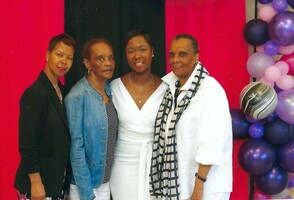 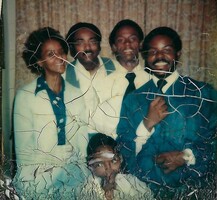