To share your memory on the wall of Jermaine Wilson, sign in using one of the following options:

Jermaine was a loving person who had a big bright smile that could light up a room. He was always joking and was known to keep you laughing. He loved rap music and his favorite rapper was Tupac.

Jermaine was a Warehouseman employed by Givens Distribution. On his off-time Jermaine enjoyed football. He was a true Dallas Cowboys Fan.

Jermaine enjoyed spending time with family and friends. The motto that will be cherished forever by his brothers is, 'Seven Brothers for Life’.

Jermaine was preceded in death by his father, Ocie Lee Wilson, Jr.

To send flowers to the family or plant a tree in memory of Jermaine Donta Wilson, please visit our Heartfelt Sympathies Store.

We encourage you to share your most beloved memories of Jermaine here, so that the family and other loved ones can always see it. You can upload cherished photographs, or share your favorite stories, and can even comment on those shared by others.

Posted Nov 21, 2020 at 06:39pm
Loosing Jermaine, my husband & father to our amazing son, Jermaine Donta Wilson Jr.(aka "JJ"), has impacted us whole heartedly. It still is really hard to believe. We talked about when one of us passes & how it would leave us feeling empty. Always thought I would pass first because of my terrible health. Glad we have good memories to remember & the positive is just what we all should remember. Prayers for strength for my brother nlaw, Joe & sister nlaw, Tara & a big "thank you" for everything they did for Jay's funeral svcs. Keeping all family & friends in my prayers💓 Knowing that we will be able to see him again, gives me & JJ peace. God needed Jay more than we did on earth. God new Jay had suffered long enough. God bless you all.

Also a big Thank You for all that donated funds to help with Jermaine's Funeral & Services. ⚘⚘💝
TM

Posted Nov 18, 2020 at 06:27pm
With heartfelt condolences to Mr.& Mrs. Joseph Wilson (Joe & Latara )and family. In your time of sorrow there's nothing to hard for God. He will direct your path. Jermain was a groomsmen & I was a bridesmaid when Joe & Latara got married. He was my escort & we came down the isle holding hands. We did it so well that people thought we were a couple. Just know that we here in Farmville NC. will definitely keep the Wilson Family in Prayer 🙏🏾 Humbly submitted Faye T.90 ,Bro, Shelia & Joanette
Comment Share
Share via:
MS

Posted Nov 18, 2020 at 03:33pm
To My Brother In Love - Joseph Wilson and Family,
I want to extend my sincere sympathy to you and your family. I pray that the God of all comfort would strengthen and comfort you today and in the days ahead. It's at times like these when the prayers of your family and friends mean the most. Reggie, Marquis, Isaiah and I are standing with you and will be here for you. Look to God who loves you and will always be with you! 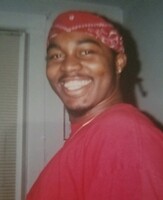 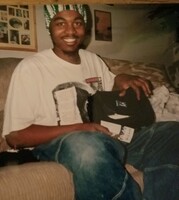 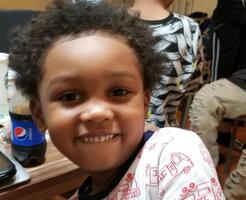