To share your memory on the wall of Johnann Perry, sign in using one of the following options:

Johnann D. Perry departed this life peacefully on December 9, 2020 at Commonwealth Senior Living, Leigh Hall, Norfolk, where she resided in recent years. Born in Courtland, VA to the late John and Merdie Doles, Johnann celebrated her 96th birthday on July 2, 2020.

A product of the Southampton County Public Schools in Courtland, “Sis Johnnie,” as she was known in her home town, was employed by the City of Norfolk, Department of Parks and Recreation for more than 40 years. It was there that she met, mentored and inspired countless individuals through her sewing, arts and crafts, and dancing skills, along with her passionate joy for life.

Johnann was a longtime member of New Calvary Baptist Church, Norfolk, where she was a member of the Golden Ages Club; she also belonged to Gideon’s Riverside Fellowship, Chesapeake. Other affiliations included the Epicureans, the Moles, the Turtles, and the Alexandrites. A delightful social butterfly, her cheerful, bubbly spirit magnetically attracted others to her, both in church and social connections.

Johnann Doles was married to Dennis C. Perry for 57 years until his passing in 2002.

In addition to her husband, she was preceded in death by her son, Dennis, Jr. (August 2020). Survivors include a daughter, Eunice Mebane of Richmond, VA; three sons, Earl of Savannah, GA; Bishop (Brenda) of Oakton, VA, and Dale (Vivian) of Welch, MN; a daughter-in-law, Carolyn Perry of Willingboro, N.J.; and two “guardian angels,” Joanne Studivant of Norfolk and Kim Faulks of Chesapeake. She has one surviving sister, Barbara Barnes Washington of Olney, MD. Her legacy also includes nine grandchildren, eight great-grandchildren, and one great-great-grandchild. Johnann “Sis Johnnie” Perry was loved and will be missed by many family members and dear friends.

With the addition of the exquisite flower that is Johnann, God’s garden has grown more beautiful. A funeral service, conducted by Dr. William Marcus Small, will be held Friday, December 18, for a limited number of family members. A viewing is scheduled for 2-6 p.m. on Thursday, December 17, at Graves Funeral Home, 1631 Church Street, Norfolk. The service will be livestreamed at 11:00 a.m. Friday via gravesfuneralhomeinc.com. Burial will follow in Roosevelt Memorial Park, Chesapeake.
Read Less

To send flowers to the family or plant a tree in memory of Johnann Doles Perry (Doles), please visit our Heartfelt Sympathies Store.

We encourage you to share your most beloved memories of Johnann here, so that the family and other loved ones can always see it. You can upload cherished photographs, or share your favorite stories, and can even comment on those shared by others.

Posted Dec 18, 2020 at 01:13pm
My wife, Rev. Dee and I send our deepest sympathies to the family of Mrs. Johnann D. Perry . She truly was a person who made you feel so comfortable whenever you were in her presence. Her deceased son Dennis and I were good friends and shared a mutual friendship with Alan " Pinkie " Boffman. Rest in peace Mrs. Perry.

Posted Dec 18, 2020 at 10:37am
To Bishop, Earl, Cookie, and Dale, the Davis sons (Steve and Mal) send our condolences on the passing of your mother, Mrs. Johnann Perry. She was one of the “core” set of mothers in our section of Liberty Park that “raised” the kids in that section and instrumental in shaping our “value systems”. She will be forever missed.
Comment Share
Share via:
MG

Posted Dec 16, 2020 at 07:29pm
Death comes with a shock and leaves our lives completely changed by creating voids that can never be filled. The wonderful memories, experiences and feelings attached with the deceased are hard to summarize in few sentences. “It is really difficult to forget the impression and influence you had on our lives. You have left us with such great memories that will keep you alive in our hearts.”

Posted Dec 16, 2020 at 06:16pm
It is with heartfelt sympathy that Nancy and I send our thoughts to Dale, Earl, Bishop, Cookie and the rest of the Perry/Dole family. Mrs. Perry was truly a woman of beauty, style, distinguished humanity and immeasurable kindness. She had a presence about her that everyone loved. Mrs. Perry was a wonderful mentor to our group (Junior Bachelors Social Club) throughout the years.
Although my wife and I will be unable to attend the services, we are thinking and praying for the family during this time of bereavement.
Mrs. Perry will always be remembered by Nancy and myself. She will have a special place in our heart.
Rest in peace.
Roland R. Hayes
Junior Bachelor Social Club of Norfolk, 1963
Comment Share
Share via: 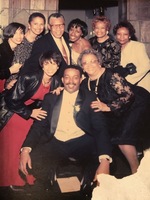 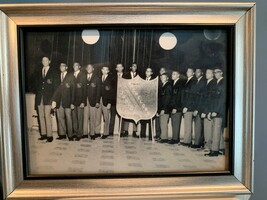 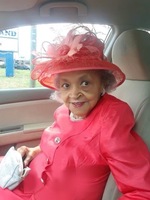 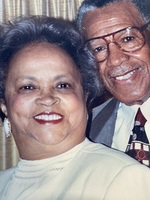