To share your memory on the wall of James Oden, sign in using one of the following options:

James was reared in Calvert Park in Norfolk, Virginia for the majority of his childhood. He graduated from Booker T. Washington High School where his teachers loved him and treated him like a son.

James served as an assistant to Pastor Betty Johnson at Liberty Temple Church in Norfolk, Virginia. He managed the audio/visual equipment for the church. James was gifted in the Audio/Visual Department because he also managed the audio/ visual equipment at the Garden of Prayer Worship Center in Norfolk, Virginia under the late Bishop Levi Edgar Willis.

James was a giving and loving person who was a social butterfly and never met a stranger. His kind heart was the guiding light that bonded his family together. Family often attended his one-of-a kind family gatherings with loads of food that he prepared with lots of love. James’ love for his family and friends is what directed his steps daily to offer his wisdom, time and resources whenever needed; often times without being asked. His personality overflowed with humor and his continuous acts of kindness were great examples of selflessness as he treated others as he wanted to be treated.

James’ smiling face and loving spirit will be missed until we meet again.

'That whosoever believeth in him should not perish, but have eternal life.'

To send flowers to the family or plant a tree in memory of James Oden III, please visit our Heartfelt Sympathies Store.

This message is from Grandma Rosetta Oden
AO

Posted Dec 20, 2020 at 01:16pm
Pumpkin,
I will carry the warm and embracing memories we shared until we meet again. Love, hugs, and blessings, brother-in-law.
Comment Share
Share via:
CO

Posted Dec 19, 2020 at 10:34pm
Hey Big Brother,
I miss your laughter, caring spirit and great cooking! You were a role model of selfless giving and I'm a better human because of your example. You are permanently attached to my soul. Thank you for being your authentic self. You embracing your sexuality gave me the courage to be true to myself as well. I'll love you forever and look forward to the time when we will be together again....not too soon though, lol.
- Coretta
Comment Share
Share via: 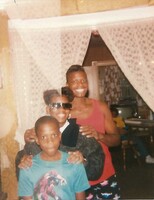 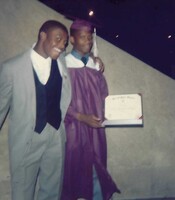 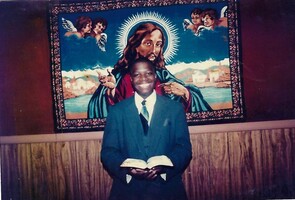