To share your memory on the wall of Delores Freeman, sign in using one of the following options:

Print
Where I can meet my Lord and Savior in peace
and hear him say well done thy good and faithful servant.

Delores Rebecca Fentress Freeman peacefully transitioned with her children surrounding her on Friday December 18, 2020 in Senta... Read More
Where I can meet my Lord and Savior in peace
and hear him say well done thy good and faithful servant.

Delores Rebecca Fentress Freeman peacefully transitioned with her children surrounding her on Friday December 18, 2020 in Sentara Virginia Beach General Hospital. Born in Princess Anne County to the late James A. Fentress and Charlotte “Lottie” Byrd Fentress on March 8, 1942; she was the third of five children. Dicey, or Ms. Dee, as she was affectionately known, was educated in the Norfolk Public School System. She received an Associates Degree from Commonwealth College.

On July 12, 1958, she married William “Bill” Andrew Freeman and to that union four children were born.

She was a faithful member of Mt. Zion Baptist Church of Chesapeake for almost 40 years. There she served in a host of capacities and a number of auxiliary groups, which included President of the Deaconess Board; Usher Board No. 2; Gospel Choir member and treasurer; Superintendent of Sunday School, Pastor’s Aide member and Vacation Bible School Registrar. She also served as the Devotional Leader of the Norfolk Area Missionary Council for 10 years.

Ms. Dee was a bus operator for Tidewater Regional Transit (TRT) until August 1994. After which, she became a Customer Service Representative in the Hampton Roads Transit’s (HRT) Info Center, and later the Silverleaf Station until she retired in 2004. After her retirement, she continued to serve, becoming a volunteer at River Pointe Rehab Health Care until her failing health did not allow her to continue.

Her parents, her husband, two brothers, William Gordon and James T. Fentress, and a great granddaughter, Teja Freeman, preceded her in death.

To send flowers to the family or plant a tree in memory of Delores Rebecca Freeman (Fentress), please visit our Heartfelt Sympathies Store.

We encourage you to share your most beloved memories of Delores here, so that the family and other loved ones can always see it. You can upload cherished photographs, or share your favorite stories, and can even comment on those shared by others.

Posted Dec 30, 2020 at 11:12am
My name is Rosalie Jackson. I met Ms. Dee at the Riverpointe Nursing Facility as we both volunteered. Actually I volunteered and would have church service. Ms. Dee served coffee to residents before service started. She would sing prior before we would have service. Sometime afterwards, she mentioned that she could no longer come to the facility. I missed her as she was my "singer". I continued going to the the facility until the Covid came in. I lost contact with her. I feel sad to hear about her passing but rejoice to know that to be absent from the body is to be present with the Lord. I am so glad to have known her and she really loved the Lord. I have missed her and I have good memories of Ms. Dee. I loved Ms. Dee as she was an inspiration to me. God bless you all. In the Love of Our Savior, Ms. Rosa. She named me Ms. Rosa. God bless you all.
In Him
Rosalie
Comment Share
Share via:
SF

Wow! Thank you so much Ms. Rosa! My mom spoke so highly of you. She was saddened when you all lost touch and often wondered how she could get in contact with you. Thank you for the love and kindness you showed her when you all served at Riverpointe. You will always remain in our thoughts and prayers. Take care and God bless you! Sincerely, Ms. Dee’s Babies 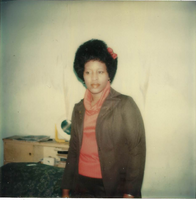 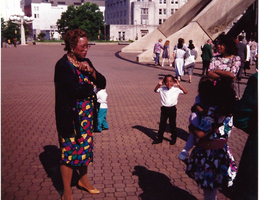 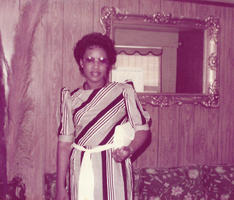