To share your memory on the wall of Alvin Bray, sign in using one of the following options:

Print
Alvin Bray, the son of the late Earl Henderson and Elsie Mae Bray, was born on May 18, 1965 in Norfolk, Virginia. He transitioned to his heavenly home on January 6, 2021 after a long illness.

Alvin graduated from Mauri High School in 19... Read More
Alvin Bray, the son of the late Earl Henderson and Elsie Mae Bray, was born on May 18, 1965 in Norfolk, Virginia. He transitioned to his heavenly home on January 6, 2021 after a long illness.

Alvin graduated from Mauri High School in 1983. He was a hardworking man and was most recently employed as a site manager and equipment operator at the Norfolk Naval Shipyard for the past 13 years.

Alvin loved sports and was a fan of the LA Lakers and the Los Vegas Raiders. He enjoyed his family and particularly loved spending time with his grandkids. He was a faithful, tithing member of the Believer’s House Worldwide Ministries in Norfolk, VA.

Alvin married Felicia Dixon and from that union two daughters were born, Tiara and Shalya.
He was preceded in death by his parents, Earl and Elsie and his father-in law, Fred Dixon. Alvin leaves to cherish his memory: his wife Felicia; his brothers Kenny and Calvin (Tanya); daughters Tiara Dixon Davis (Keith) and Shayla Dixon; his four grandchildren, Alasia Armani, D’Niya Alexandria, DeMarion Zion, Elliot Jamar; and four great-grandchildren Cherish Serenity, Makaylaa Serenity, DaShaun Dillion and Mariah Armani; and two nieces Kimberly Renee and Brianna Nicole, one nephew Kenneth Dominque; and a host of in-laws that include his mother-in-law, Paulette Dixon, and his closest friend Melvin Powers.
Read Less

To send flowers to the family or plant a tree in memory of Alvin Bray, please visit our Heartfelt Sympathies Store.

We encourage you to share your most beloved memories of Alvin here, so that the family and other loved ones can always see it. You can upload cherished photographs, or share your favorite stories, and can even comment on those shared by others.

Cindy, Aunt Mena, and other have sent flowers to the family of Alvin Bray.
Show you care by sending flowers

Posted Jan 15, 2021 at 11:04am
Alvin, I will forever love and cherish our family memories. You are loved and your presence will be missed.
Love Cindy

Posted Jan 14, 2021 at 05:05pm
Love, Blessings and Prayers. Always in our thoughts and will always remember.

Aunt Mena purchased the Large Basket Garden and planted a memorial tree for the family of Alvin Bray. Send Flowers

From the Nelsons and the Arnolds

Posted Jan 14, 2021 at 09:07am
Please accept our most heartfelt sympathies for your lossour thoughts are with you and your family during this difficult time.

From the Nelsons and the Arnolds purchased flowers for the family of Alvin Bray. Send Flowers

Posted Jan 13, 2021 at 05:54pm
To Felicia and the girls! My condolences on the loss of Alvin he will truly be missed! He's now resting in Jesus arms. 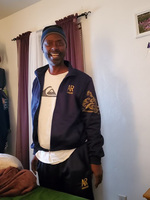 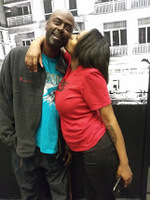 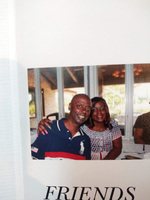 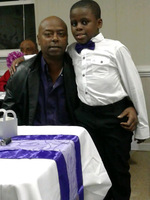