To share your memory on the wall of Laura Sharp, sign in using one of the following options:

Print
Laura Goldie Althea Scott Sharp, wife of Reverend Dr. James Benjamin Sharp went home to be with the Lord on January 29, 2021 with her husband by her side. Goldie as she was affectionately called was born on July 26, 1929 in Ahoskie, North Carolina t... Read More
Laura Goldie Althea Scott Sharp, wife of Reverend Dr. James Benjamin Sharp went home to be with the Lord on January 29, 2021 with her husband by her side. Goldie as she was affectionately called was born on July 26, 1929 in Ahoskie, North Carolina to the late Ada and Benjamin Scott. She began high school at C. S. Brown High School and later transferred to Robert L. Vann High School. During her senior year, she met the love of her life, James ‘Buddy B’ Sharp. They married at the Scott family home after she graduated in December of 1947. Their union produced three children, Retired Army Lieutenant Colonel Ronny Darnell Sharp, Jerome Alesandro Sharp and Angela Felicia Sharp. When her husband accepted God’s call to pastor at Olive Branch Baptist Church in Portsmouth Virginia, the young family soon moved into their lifetime home in Chesapeake, Virginia. Goldie also accepted God’s calling to be a ‘First Lady’ and lived the life of a virtuous woman as described in Proverbs 31:10-31: “Who can find a virtuous woman? For her price is far above rubies. The heart of her husband doth safely trust in her, so that he shall have no need of spoil. She will do him good and not evil all the days of her life. She seeketh wool, and flax, and worketh willingly with her hands. She is like the merchants' ships; she bringeth her food from afar. She riseth also while it is yet night, and giveth meat to her household, and a portion to her maidens. She considereth a field, and buyeth it: with the fruit of her hands she planteth a vineyard. She girdeth her loins with strength, and strengtheneth her arms. She perceiveth that her merchandise is good: her candle goeth not out by night. She layeth her hands to the spindle, and her hands hold the distaff. She stretcheth out her hand to the poor; yea, she reacheth forth her hands to the needy. She is not afraid of the snow for her household: for all her household are clothed with scarlet. She maketh herself coverings of tapestry; her clothing is silk and purple. Her husband is known in the gates, when he sitteth among the elders of the land. She maketh fine linen, and selleth it; and delivereth girdles unto the merchant. Strength and honour are her clothing; and she shall rejoice in time to come. She openeth her mouth with wisdom; and in her tongue is the law of kindness. She looketh well to the ways of her household, and eateth not the bread of idleness. Her children arise up, and call her blessed; her husband also, and he praiseth her. Many daughters have done virtuously, but thou excellest them all. Favor is deceitful, and beauty is vain: but a woman that feareth the Lord, she shall be praised.” And praised she was! When she walked into the sanctuary, First Lady Goldie captivated the attention of everyone because of her breathtaking embellished hats and elegant attire. For 37 1/2 years, Goldie’s ministerial spirit was witnessed by Olive Branch, her congregation and in the faith community. She was past president of the Interdenominational Minister’s Wives group. Because of her due diligence , she was declared Woman of the Year by the Interdenominational Minister’s Wives. She taught Sunday school to the Intermediate youth class. On Wednesday nights, she was a bible study teacher. During the summers, she taught vacation bible school and beamed with pride when her grandchildren, nephews and nieces joined her. She often treated them to ice cream and a trip to Virginia Beach. Through the years, she was a Deaconess, Missionary and a dutiful servant for the Tidewater Baptist Women. She also travelled to Missionary & Educational Conventions sponsored by the Youth for Tidewater Baptist Youth Missionary. One highlight of her summer was singing in the women’s choir and attending morning prayer at Lott Carey Foreign Mission conventions. While her children attended school, Goldie earned a Food Service Management Certificate from Tidewater Community College. She retired from the Norfolk City Public Schools after two decades of employment on March 1, 1990 at the age of 60. Goldie loved entertaining family and cooking southern style food for holiday gatherings in New York, North Carolina and other parts of Virginia. When her sons attended Virginia State University, she hosted family there for Homecomings. At departure time, her nieces and nephews remember she shared a hug, a godly message and a smile. Goldie leaves to cherish her life of service, her husband of 73 years, Reverend Dr. James B. Sharp; sons, Ronny and Jerome, daughter, Angela; grandchildren, Raina Greene(Bernard), Brandi Sharp, Ron Sharp, Jr.(LaShawnda) and Ashley Sharp; great-grandchildren, Kayla, Bevan, Jewel and Christian; sister, Myrtle Dublin (Herb); sister-in-law Gloria; and a host of loving nephews, nieces, cousins ,extended family, neighbors and Christian friends.
Read Less

To send flowers to the family or plant a tree in memory of Laura Goldie Sharp (Scott), please visit our Heartfelt Sympathies Store.

We encourage you to share your most beloved memories of Laura here, so that the family and other loved ones can always see it. You can upload cherished photographs, or share your favorite stories, and can even comment on those shared by others.

Posted Feb 16, 2021 at 03:58pm
Dr. Sharp and family, I am deeply saddened to hear of the passing of Mrs. Sharp. You have my deepest sympathy and prayers.
Former Trustee of First Baptist Church West Munden, Estherine J. Harding
Comment Share
Share via:
LS

Posted Feb 09, 2021 at 02:42pm
I enjoyed our visits and cooking food she liked and requested. Her memory was amazing and she could remember past events and people as it happened the day before.
Comment Share
Share via:
LN

We are sorry to hear about our neighbor Ms Sharp. She was such a wonderful person. I still sing the song she taught me over 40 years ago. Praying for the family.
Comment Share
Share via:
JB

Posted Feb 08, 2021 at 08:28pm
To the Sharp family - we join you in celebrating the life of our beloved First Lady, Sister Goldie Sharp, who exemplified the Love of Christ. It was a privilege and an honor for our family to be blessed by her Godly Wisdom. We love her dearly and will forever cherish the memory of her loving kindness. May the comfort of God's grace and His richest blessings be yours now and always. Janice, Gina, and Donovan
Comment Share
Share via: 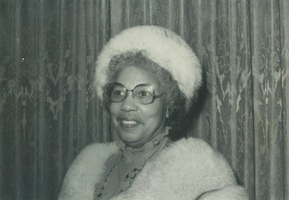 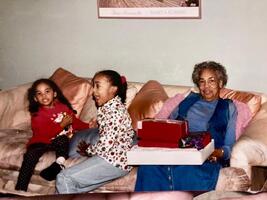 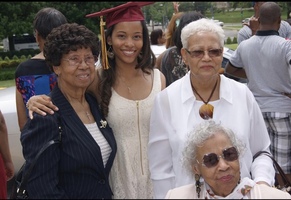