To share your memory on the wall of Raymond Swift, sign in using one of the following options:

Raymond leaves behind his legacy of one child princess, Makada Raychelle Swift, a wife Tiffanie Swift and one stepson Machias Johnson. He also leaves behind his great grandmother Margaret Swift, grandparents Phyllis and Robert Swift along with a host of 11 aunts, one uncle, cousins, three biological nieces, four nephews, one great niece and nephew. He also leaves one adopted in niece and six adopted in nephews.

Raymond graduated from Granby High School year 2007 and later obtained his HVAC certification at Tidewater Tech December 2019. When Raymond became a father that is what he enjoyed being most. He would take his daughter to the park in mission college apartments every chance he could and would spend every cent on snacks and cereal for his baby girl to eat; she was the only one who could boss him around. Raymond enjoyed listening to music and freestyling. In addition, he enjoyed sports from basketball to baseball to football. He was nice on the field and court.

Raymond’s favorite Football team was the Tampa Bay Buccaneers who finally won super bowl this year against the Kansas City Chiefs at the Raymond James Stadium. I can see him smiling now saying his favorite line of words that’s wassup! Raymond is and will always remain loved by his family and friends. To conclude Long Live Ray Ray!!
Read Less

To send flowers to the family or plant a tree in memory of Raymond Antonio Swift, please visit our Heartfelt Sympathies Store.

We encourage you to share your most beloved memories of Raymond here, so that the family and other loved ones can always see it. You can upload cherished photographs, or share your favorite stories, and can even comment on those shared by others.

Posted Feb 23, 2021 at 08:11pm
Today was hard cuzzo. I tried to push back dealing with it but it made it worse! I love you and those feelings should be dealt with head up. Until we me again watch over me and hold me down. Love you Ray-ray

Posted Feb 23, 2021 at 09:56am
My condolences to the Swift family and friends of our dearly beloved "Ray Ray". I am really going to miss your infectious smile and you joking me about my lottery numbers. There is definitely a void in our hearts and at the Tinee Giant #352. Rest in Paradise King, until we meet again.
Comment Share
Share via:
S

Posted Feb 22, 2021 at 11:02pm
I have known Ray Ray since we were in middle school he was my crush and everyone who went to school with us knew i love me some Ray Ray.He was very nice quiet and sweet. He didn't bother nobody. My heart ache we both are the same age and it broke my heart that someone took an innocent man life. R.I.P Ray Ray ❤❤❤
Comment Share
Share via:
J

Posted Feb 20, 2021 at 07:57am
To Ray & Tony & the rest of the siblings Swift Family sorry for the loss of your loved one. My prayers and comfort for much healing and strength during this most difficulty time. RayRay touch so many lives in this Family when l met RayRay through his Aunt MiMi (My BFF) as a young child always had a Spontaneously Smile when l was introduced to the rest of the Swift Family we all became Family MiMi nieces & nephews was my nieces & nephews l love you all in know the memories shall always be with you all. Much Love Jenkins & Harold Family (CeeCee)💋🙏❤
Comment Share
Share via:
NF 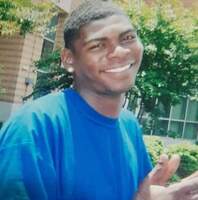 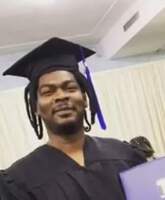 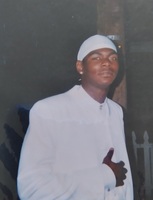