To share your memory on the wall of John Williams, sign in using one of the following options:

Print
On Friday, February 19th, 2021, John Mitchell Williams was called home at the age of 57. The world has lost a great son, brother, husband, father, and leader.

John was born in New Kent County, Virginia, on July 1st, 1963. After graduatin... Read More
On Friday, February 19th, 2021, John Mitchell Williams was called home at the age of 57. The world has lost a great son, brother, husband, father, and leader.

John was born in New Kent County, Virginia, on July 1st, 1963. After graduating from New Kent High School, after never once missing a day of school, in 1981, he relocated to the southeastern part of Virginia, or “The 757,” as he would come to affectionately call it later in life.

His first years in the region were spent as a student at Old Dominion University, graduating in 1985 with a marketing degree. Marketing wasn’t his only focus while at ODU; in 1982, he pledged the Omega Psi Phi Fraternity, Tau Lambda Chapter.

Shortly after graduation, John started his foray into the field of insurance sales. His first stop was at Allstate, where he was there long enough to get a taste for the business and meet his future wife and mother to his two daughters, Carolyn Kates (later Williams, but we’ll get to that). John and Carolyn wed in May of 1989, and a few years later, he started his own insurance business that would eventually become what we know as Armor Insurance.

John proved to be a business maven, winning countless awards and landing at the top of numerous sales lists. But you wouldn’t know if you asked him, relatives and friends would stumble over awards in his office or find them in drawers or the garage, unmentioned and never spoken of by John. The accolades were never the focus; the praise and adoration were never the driving factors with John. Instead of the quest to do things the right way, the first time was a North Star that drove him.

Doing things, the right way meant a life dedicated to God and family, being a man of action, not words, but when his words were spoken, they were listened to by the masses. Active in the ministry from his days as a child at Second Liberty Baptist Church to his time later in life at Calvary Revival Church and most recently New Life Global Church.

John was many different things to many different people. A husband, a son, a father, a frat brother, a Harley man, a workout buddy, a mentor, a shoulder to cry on, a friend to laugh with, an insurance wizard. And while he was a different thing to a bevy of people, he was fundamentally the same thing to all of them…a terrific example of how to do what was asked of you, and while he will be missed, he will be honored and never forgotten.

In lieu of flowers, the family prefers donations to be made in honor of John Mitchell Williams to New Life Global Local or Global Outreach, Life Enrichment Center of Norfolk or Alfred Street Baptist Church Ministries.

To send flowers to the family or plant a tree in memory of John Mitchell Williams, please visit our Heartfelt Sympathies Store.

Linda Bright, Warren & JoAnne Bell, and other have sent flowers to the family of John Mitchell Williams.
Show you care by sending flowers

Posted Feb 24, 2021 at 07:53am
Carolyn,
My sincere condolences to you and your family. If only I had the words to give you that would take away your pain right now, surely I would give them to you. Please know that my heart grieves with you; and that you and your family are in my prayers. ~Juanita Lindsey
Comment Share
Share via:
LB

Posted Feb 23, 2021 at 08:54pm
My sincere condolences to you and your family Carolyn. John was the most honorable gentleman. He remained my dear friend.

Posted Feb 23, 2021 at 07:01pm
Williams Family
May you find comfort in your fondest memories of your husband, father, son and brother. John Mitchell will be forever in our hearts. Our thoughts and prayers are with you now and always. God Bless you all.
Love Aunt Linda, Uncle Anthony, Tanika & Dylan
Comment Share
Share via:
DM

Posted Feb 23, 2021 at 11:14am
Carolyn and family, so very sorry for your loss. John was far more than my insurance agent. He was a dear friend and brother in Christ. May God strengthen and comfort you during this time of transition.
Comment Share
Share via:
WB

Posted Feb 23, 2021 at 11:11am
Family, sincerest and heartfelt sympathies to all. Blessings and Love, Warren & JoAnne Bell 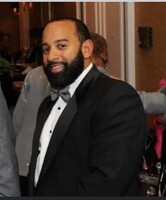 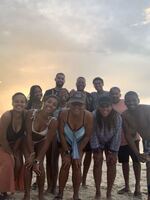 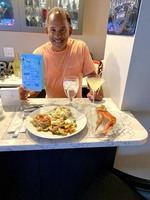