To share your memory on the wall of Vivian Wood, sign in using one of the following options:

​Vivian, “Ilean” as she was affectionately called, was the youngest child of Willie lee Ferebee Sr. and Annie Frances Hamlin Ferebee. She was born July 31, 1928, the fifth child of Willie and Annie. Vivian attended the Norfolk Public School System and was a graduate of Virginia State College, Norfolk Division 1947. Ilean received Christ at a very early age under the leadership of Reverend Joseph H. Mann and grew spiritually as a child under the tutorial programs of the late Reverend and Mrs. James C. Handy. She was a member of Union United Church of Christ, formally Union Congregational Christian Church for over 80 years being baptized in 1936. She was raised in a christian family where biblical principles were taught and lived. As she grew older she was in the Young Missionaries, Junior Choir, Usher Board #2, and the Deaconess Board until her husband received a Pastoral Assignment (1981), then a call at Pocahontas United Church of Christ in Wakefield, Virginia there they remained 4 years until Bethlehem Christian Church (United) called him as Pastor. There they served faithfully until his death in 1994.

​Vivian a dedicated Christian , remained 12 years at Bethlehem after her beloveds death because daughter Joanne had joined the church and Vivian was determined that there would be no interruption of Joanne’s spiritual training until she graduated from High School and entered a place of higher learning. Upon her return to her home church, the consideration of the Deaconess then Deacon Boards were bestowed upon Vivian and the title of Deacon was given under the leadership of Pastor Reverend Dr. Linda Clark.

​Vivian was known for her love of God, Family, and her zest for life. Her abundant love for family and friends was one of her endearing qualities we’ll never forget. A very devoted mother who took much pride in her family, but one who loved the Lord foremost. She leaves a beautiful memory and sorrow too great to be told, but to us who loved and knew her her memory will never grow old. She leaves to cherish her memory two daughters, Kristal Wood Jenkins (Ronald), and Joanne Frances Sutton Wood. One sister-in-law, Marion W. Ferebee. Three God Children, Melvin J. Ferebee (Michelle) of Hampton, Virginia, Raphael Butts of Franklin, Virginia, and Jacqueline F. Greene (Rodney) Chesapeake, Virginia. Four adopted daughters, Jean T. Sutton Vines (Donovan) of Chesapeake, Virginia, Hope Sutton of Norfolk, Virginia, Edna Ferebee (Alvin Jr.) of Virginia Beach, Virginia, and Jamilla Frone (JaSun) of Washington, DC. Three adopted sons, JaSun Frone (Jamilla) of Washington, DC, Bobby Sutton of Chesapeake, Virginia and Reverend Emmanuel Myrick (Elaine) of Suffolk, Virginia. Eight adopted grandchildren Layla and Jonas Frone, Lorenzo, Donovan, and Dominique Jones-Sutton, Mariah Vines, and Sidney and Daniel Herndon. Nine nieces, eleven nephews, and a host of family and friends.
Read Less

To send flowers to the family or plant a tree in memory of Vivian F. Wood, please visit our Heartfelt Sympathies Store.

We encourage you to share your most beloved memories of Vivian here, so that the family and other loved ones can always see it. You can upload cherished photographs, or share your favorite stories, and can even comment on those shared by others.

Carlton E. Ferebee and family sent flowers to the family of Vivian F. Wood.
Show you care by sending flowers

Posted Apr 15, 2021 at 03:24pm
May God comfort you and your family during this time of sorrow. Our thoughts and prayers are with you. 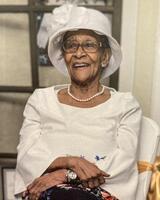 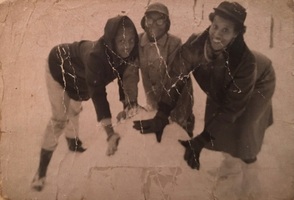 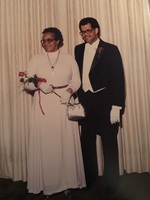 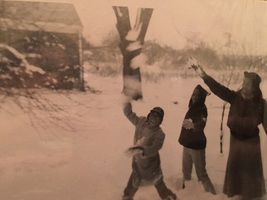