To share your memory on the wall of Selena Hayes, sign in using one of the following options:

Print
Selena Maurissa Evan-Hayes, 81, passed away on April 20, 2021 at the Center for Hope Hospice in Elizabeth, NJ. She was born on October 22, 1939, in Norfolk, Virginia, one of seven children of Percy C. Evans and Mildred V. Mitchell.

Sele... Read More
Selena Maurissa Evan-Hayes, 81, passed away on April 20, 2021 at the Center for Hope Hospice in Elizabeth, NJ. She was born on October 22, 1939, in Norfolk, Virginia, one of seven children of Percy C. Evans and Mildred V. Mitchell.

Selena was baptized at 13 years of age at First Church of Christ Holiness in Norfolk, VA. From the time she was a young girl, she had definitive ideas about how she wanted her life to evolve and she perpetually exerted the effort to achieve her goals. She was a proud 1957 graduate of Booker T. Washington High School in Norfolk, VA and immensely enjoyed being a part of the high school reunions throughout the years for not only her class but the class before and after her own. Subsequent to her graduation, she did go on to attend Norfolk State College.

Selena was a country girl with big city dreams. She thoroughly enjoyed life and exposed herself a multitude of things which made her feel enriched. In October 1960, after having relocated to Manhattan, NY, she would marry her Norfolk boyfriend, Calvin V. Hayes, with whom she would go on to share a 58 year marriage, which ended with his passing in February of 2018. She was always involved with one project or another, both financial enrichment endeavors and those things which enriched other people’s lives. She was also focused on bolstering her spiritual connection to God, seeking to find a church home wherever the family resided over the years. When the family ultimately settled in Englewood, NJ, she attended and became a member of Mt. Olive Baptist Church and later became a member of Community Baptist Church of Englewood. She was also a member of the Eastern Stars, Pride of the East #48, P.H.A.

She worked for American Express for 8 years and ascended to various positions with the company before feeling the desire to venture on to something new. Because she was driven by the desire to be self-employed, aside from her day jobs over the years, she perpetually pursued opportunities to become self-employed. So, she went to Cosmetology School and earned her license with the purpose of opening a unisex salon. She also worked for Coldwell Banker Real Estate for a number of years, but one of her proudest achievements was managing her own store (Gifts Extraordinaire) with her partner, Ralph Johnson. She truly believed in the gift of giving, whether it was financial or simply giving of her time. Selena was a natural communicator, she could talk about anything with anybody and enjoyed learning and growing as a person. If you had the opportunity to know her you were blessed to know someone who was truly full of unconditional love. Family and close friends were very important to her, they were a resource for the perpetual renewal of her spirit. And through challenging times, she gained reassurance and inner strength from her children and grandchildren.

To send flowers to the family or plant a tree in memory of Selena Maurissa Hayes, please visit our Heartfelt Sympathies Store.

We encourage you to share your most beloved memories of Selena here, so that the family and other loved ones can always see it. You can upload cherished photographs, or share your favorite stories, and can even comment on those shared by others.

Posted May 01, 2021 at 05:15pm
To: The Hayes family you have our Deepest Sympathy in the passing of your dear mother. Selena and Cal was always a big part of our family we always enjoy being in there company especially at family gatherings and on special occasions for so many years, we had much Love for the both of them. My brother- in- Law Tony and my sister Mary, just know that Earth have no sorrow that Heaven cannot Heal. The Lord will see you and the family through this difficult time. In our prayers. The Taylor's Family
Comment Share
Share via:
RH

Posted Apr 30, 2021 at 09:51pm
Condolences to Tony, Kevin and Family,
We were sadden to hear of Aunt Selena transitioning from labor to reward. While this is a difficult time for all of her loved ones, just remember the pleasant and peaceful times that were spent with her. Although she is gone from our sight, she will never be forgotten and will remain in our hearts forever. May her fond memories, sustain us during this difficult time.
Comment Share
Share via:

Tender Tribute was purchased for the family of Selena Hayes. Send Flowers 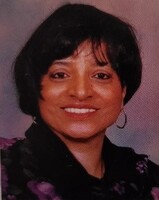 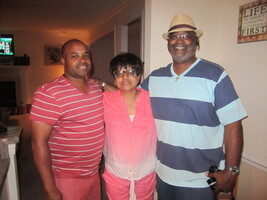 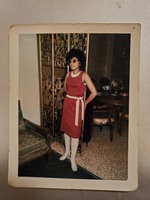 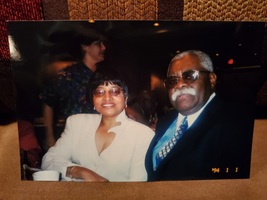