To share your memory on the wall of Edward Joyner, sign in using one of the following options:

Ed married his life partner, Edith Vivian Shands on August 22, 1964 at Shiloh Baptist Church. Through their union they acquired numerous children, courtesy of their respective sisters and brothers, for whom all have fond memories of “Uncle Ed”. He loved serving as a loving father to Pamela L. Gregory, and a grandfather to Brittany Skutt, who was truly the highlight of his life.

Edward Joyner, affectionately known to some as Ed-D, was a soft spoken, Christian man who was loved by all who came into his presence. As one of nine children in a close-knit family, he frequently could be found in Burton Station, where he lived as a child. Known for his love of cars, he owned numerous Chevy’s in his lifetime, all of which were the cleanest vehicles to be found. He particularly enjoyed his Chevy trucks, and his candy apple red Corvette. Ed worked for Norfolk International Airport, and Avis Rent-A-Car before starting his career as a member of International Longshoremen’s Association Local #1248 until he retired in 1998.

To cherish the memory of Ed is his wife of 57 years Edith; his siblings Lucy Simmons, Cora Joyner, Alexander Joyner, and David Joyner. Pam Gregory (Donald), Brittany Skutt (Gordon); and a host of loving nieces, nephews, in-laws and friends who will miss him dearly.
Read Less

To send flowers to the family or plant a tree in memory of Edward Culbums Joyner, please visit our Heartfelt Sympathies Store.

We encourage you to share your most beloved memories of Edward here, so that the family and other loved ones can always see it. You can upload cherished photographs, or share your favorite stories, and can even comment on those shared by others.

Guaranteed hand delivery by a local florist
B

Posted Jun 09, 2021 at 07:48pm
I met this Handsome,Quiet Man 17yrs ago He was my husband Bobbie Sutton best friend. Ed (D) is what I called him was very soft spoken but said a lot not talking.I remember when he and Bobbie went a funeral in his Corvette.What a sight both wearing no socks and Bobbie long legs trying get out of the car of course Ed can over said you got in what happened your legs got longer Bobbie yelling Man pull me out😁😁😁.We had so many good times. Bobbie and Ed would go to overnight football games without Edy and I.Sitting together on bus Bobbiebwould tell Ed move your shoulder over so he could rest that big coconut (head)Ed said that's why he walked the way he did because of the weight of Bobbie head on his shoulders. ED Bobbie and I will never forget him.A friend indeed a Man of few words but a True Friend. We miss and love you Bobbie & Brenda Sutton
Comment Share
Share via: 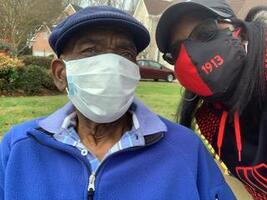 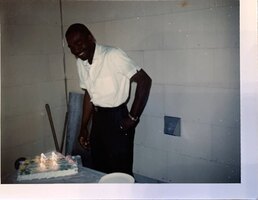 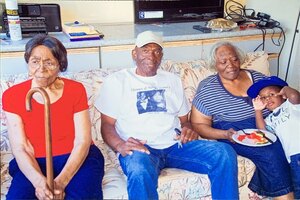