To share your memory on the wall of Phillip Dixon, sign in using one of the following options:

On June 5, 1963 Phillip married the love of his life, Otelia E. Dixon and shortly thereafter began a family.Phillip served his country valiantly in the Army from 1960 to 1987. During that time he served two tours of duty in Vietnam and a host of assignments in the United States and many countries abroad.

His leadership and devotion to duty led to him receiving numerous medals, commendations and awards for making lasting contributions to our nation.Phillip’s love for the military and his exemplary performance as an Army soldier carried over into his personal life as a devoted husband of 57 years to Mrs. Otelia E. Dixon. She preceded him in death on April 17, 2020. Phillip was not only a devoted husband and soldier; he was an outstandingly devoted, loving and exceptional Father to eight boys. Phillip in partnership with the love of his life loved his son’s unconditionally and mentored and guided them to become productive men in society who would go on to serve their country and make lasting contributions to the nation and their communities.

Mr. Dixon was not only a father and mentor to his own children; he was also a confidant, advisor, friend and second father to many. His unconditional love for his family, his guidance, generosity, desire and genuine willingness to help extended family and friends benefited many and will always be a testament to his character.

While there are no words to adequately express the profound love, honor respect and dignity Mr. Dixon’s Sons have for him and the heart felt devastation of losing the patriarch of their family so shortly after losing the matriarch of their family, Mrs. Otelia Dixon just a little more than a year ago, they are comforted in knowing that a 57 year love story has come full circle with Mr. and Mrs. Dixon together again.Left to cherish and honor the life and memory of an awesome Father are Phillip Jr, Baron, Patrick, Earl, Keith, Maurice, Parris, and Raymond; numerous grand, great and great-great grandchildren as well as a host of extended family and friends
Read Less

To send flowers to the family or plant a tree in memory of Phillip Ronald Dixon Sr., please visit our Heartfelt Sympathies Store.

We encourage you to share your most beloved memories of Phillip here, so that the family and other loved ones can always see it. You can upload cherished photographs, or share your favorite stories, and can even comment on those shared by others.

Alicia, Melba Jones and Adriene Robinson, and other have sent flowers to the family of Phillip Ronald Dixon Sr.
Show you care by sending flowers

Posted May 12, 2021 at 12:53pm
Granddad brought so many gifts to our life. I will always cherish the love and knowledge he passed down to me. I love you!

Alicia purchased flowers and planted a memorial tree for the family of Phillip Dixon. Send Flowers

Melba Jones and Adriene Robinson purchased flowers and planted a memorial tree for the family of Phillip Dixon. Send Flowers 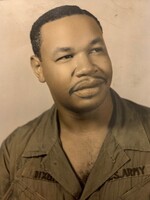 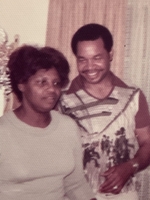 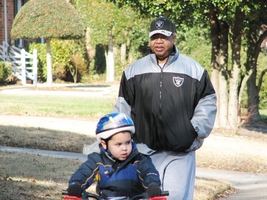