To share your memory on the wall of Robin Jordan, sign in using one of the following options:

Robin Bonita Hines Jordan entered this life on July 3, 1957 in Norfolk, VA. She was the seventh born to the late Frank Raymond Hines Sr. and Mary Elizabeth Newsome Hines. A lifelong member of First Calvary Baptist Church, Robin accepted Christ as her savior through baptism on March 25, 1973. Having a strong Christian foundation, Robin rarely complained about her decades-long battle with rheumatoid arthritis. Though she would hurt, she would press on – always having a smile on her face and would go out of her way to help anyone she could.

Educated in the Norfolk Public School System, Robin had the great fortune of meeting her husband Eric I. Jordan, in kindergarten at Lott Carey Elementary School before eventually matriculating through and graduating from Granby High School in 1975. A true lover of people and always wanting to help others, Robin majored in Social Work at Norfolk State University, graduating with her Bachelor’s degree in 1980.

Shortly after graduating college, Eric asked Robin to marry him. The two were wed on May 21, 1983 in front of God, family and friends, and had been happily married for 37 years. A debate the couple had very early on in their marriage was how many children they would have. Robin wanted two. Eric wanted five. As with most things, Robin won, and within the first four years of their marriage God saw fit to bless them with two beautiful children: a girl Erica and a boy, Eric (no they are not twins).

Given her impeccable work ethic it is no surprise that Robin worked a combined 44 years in various government roles before retiring from medical records in the mammography department at Naval Medical Center Portsmouth (NMCP) in 2019. Always willing to lend a helping hand she would often train and mentor new employees that came into the department, making friends with all those she came in contact with. Robin was an active member of First Calvary Baptist Church singing in the Isaac Watts Choir, Gospel Choir and Grace Women’s Day Choir. Playing to her overwhelming love of helping others, Robin was also a former member of the Mary D. Long Senior Missionary Circle and a member of the Lois P. Cason United Order of Tents, #787.

In addition to her family whom she loved very much, Robin enjoyed traveling and would be on the go whenever she could. Whether it was the beaches in Jamaica, Mexico, or Miami; seeing a show in Las Vegas; cruising to Hawaii, Bermuda, or the Bahamas; or visiting her family and friends around town, Robin loved to be out and about. She also loved being able to see the world, and soon after she retired she had the opportunity, through the planning and coordination of her daughter and support from her husband and son, to visit her one bucket list city: Paris! For Robin, and anyone who has heard her speak of this experience, it was truly a trip of a lifetime. She reflected on this trip often and always spoke of it with such joy and excitement. In addition to travel Robin was an avid NSU sports fan and supporter. Regardless if she had to travel by bus, train or car to see her beloved Spartans play in a football or basketball game, she was going! Even if there was not a game going on her and Eric Sr. could often be seen around town sporting their latest NSU gear.

Robin truly loved life and lived it to the fullest extent possible. She had an infectious personality, a hearty laugh, and a smile that would light up any room. Robin was a magnet for people. Sweet as pie and one of the best cooks around Robin would do anything for anyone, but one of her favorite ways to take care of those she loved was through food. Rarely would you stop by her home and not leave with something amazing to eat for now, and some to take for later. At the same time, Robin was firm and direct. Her no was her NO, and her yes was her YES! The ONLY occasional exception to this rule was for her two children whom she loved dearly and was fiercely protective of. Robin played NO games, and everybody knew it. Yet, and still, you just had to be around her. You had to be in her presence. You had to feel her energy and get a boost of life for yourself. Robin was the good soil that gave life to those around her ten times over.

To send flowers to the family or plant a tree in memory of Robin Bonita Jordan (Hines), please visit our Heartfelt Sympathies Store.

We encourage you to share your most beloved memories of Robin here, so that the family and other loved ones can always see it. You can upload cherished photographs, or share your favorite stories, and can even comment on those shared by others.

Love, Riana & Spencer Roberts, Glenn Branch, and other have sent flowers to the family of Robin Bonita Jordan (Hines).
Show you care by sending flowers

Posted May 24, 2021 at 08:59pm
To the Jordan Family,
With our heartfelt condolences we are saddened to hear about the loss of your loved one. May God grant you comfort and peace during this time. Prayerfully,
The Garvin Family.
Comment Share
Share via:
SF

Posted May 24, 2021 at 05:38pm
This tree will be in remembrance of your strong faith and your beautiful spirit. Robin was truly a Proverbs 31 woman. Rest In Peace my dear friend.

Posted May 24, 2021 at 04:11pm
Erica, We are so sorry for your loss & keeping you in our thoughts & prayers. Wishing your family moments of peace & comfort as you honor your Mother

Posted May 24, 2021 at 02:27pm
Mrs. Robin was a blessing to many and I feel privileged to have known her. I'll miss her deeply. I will continue to keep all of you in my prayers.

Gracious Lavender Basket was purchased for the family of Robin Jordan. Send Flowers

Posted May 24, 2021 at 11:32am
Life is fragile; Loss is so sudden. We don't, and may never understand God's plan. Moreover, the solace we seek may not even come from answers. Instead, we should look for comfort in love's everlasting connections. God makes no mistakes! He knows when his children need rest. I now ask God to strengthen and comfort us. I know he will dry our tears and heal our broken hearts for, "earth has no sorrow that Heaven cannot heal". Know that our faith is strong and God holds everything we need in His hands. Let's look to Him at this time. We shall never walk alone as long as we have God on your side. I hold everybody deep in my heart, and I want the entire family to know that you’re all in my thoughts. "Be encouraged and know that God holds her in his arms." Love V Jordan
Comment Share
Share via: 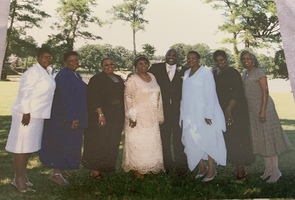 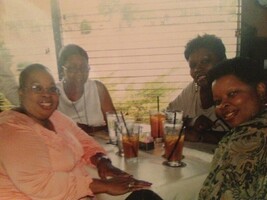 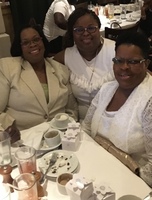 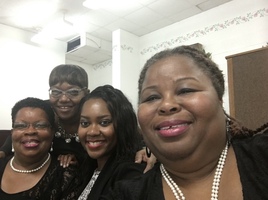