To share your memory on the wall of Lukia Beverly, sign in using one of the following options:

Her caring, supportive spirit served her well as she pursued a career in healthcare. She attended the University of Virginia (UVA) where she completed her BSN in Nursing in 1996. While at UVA she had the opportunity to work in various clinics, one of which was the Teen Health Clinic, mainly serving pregnant teens. At this clinic she worked extensively with the staff which gave her invaluable experience which she used in the future. Also, while at UVA she met her future husband, Vernis “Guy” Beverly, Jr. who was attending Medical School. They were brought together by a strong bond for Christ. It was their mutual love for Christ which ultimately brought them together. As they fell more in love with Christ, they fell in love with each other. Lukia was baptized into the Seventh Day Adventist Church in 1997 at Bethany SDA church in Charlottesville, Va. She later that year married Guy on Sept 20, 1997.

Once graduating from UVA School of Nursing, she began full time work as a BS/RN at the Teen Health Center at UVA Hospital, where she began her lifelong pursuit of community service and advocacy for the disadvantaged. There she was in engaged in community outreach and development, she also began to do rap sessions, alongside her husband, with youth in Charlottesville and Hampton Roads, Va. After completing medical school, Lukia and her “Guy” moved to Youngstown, OH for his residency. She went on to attend the University of Akron to further her career in Nursing, and quickly became a part of the community. She was a part of several investigations and studies involving weight management and obesity in the black community. In addition, she began to train youth on abstinence and healthy living. She did workshops and outreach programs in schools and churches throughout Ohio, Pennsylvania, and Virginia. She, also co – hosted a weekly health radio segment, while in Youngstown as part of Catherine Haney’s weekly radio show. Once Graduating from the University of Akron Pediatric Nurse Practitioner program, she joined a local pediatric group in nearby Pennsylvania for the next 2 years. A year later, Lukia and Guy had their first child, Sydney Maya Beverly.

They lived in Ohio for a few years and made their way back to Virginia to take the next step in their careers together, as a husband-and-wife team. She continued to do community outreach with youth groups, churches, and community organizations. Lukia’s desire to do more led her to explore ways to work for herself and pursue her own goals, which led to the establishment of their own medical practice alongside a non-profit organization, building their legacy practice, Adult & Pediatric Medical Associates (APMA). She drove herself to learn the complexities of the medical system within and without, with its ever-changing landscape. In 2006, after several difficult pregnancies, their second child, Shelby Morgan Beverly was born, which completed their family. Her, children became her singular focus at that time, wanting to make sure they were always provided for and had every opportunity to achieve greatness in all their activities, be it in gymnastics, dance, field hockey, or track. She instilled hard work and determination in both her girls and demanded nothing but the best for them both. She saw their potential and made sure they had every tool needed to achieve great ness. Lukia with her commitment to children’s health, worked as both a Pediatric Nurse Practitioner and Practice Administrator for APMA for over 19 years, and was in the process of completing her Doctor of Nursing Practice degree from Old Dominion University.

In addition to her commitment to the practice and advancing her education, Lukia was also very active in her community, serving as a member of Campostella SDA Church, Alpha Kappa Alpha Sorority, Inc. and Jack and Jill of America Inc., for many years, later becoming a member of Cedars of Lebanon SDA Church.

Lukia’s passion for supporting others was ignited in the dawn of the pandemic, launching her into new territory when she became a Shot@Life Champion for the United Nations Foundation. She lobbied tirelessly, using her time, talents, influence, and network for childhood vaccination advocacy efforts, and became the Immunization Special Interest Group Co-Chair for the National Association of Pediatric Nurse Practitioners. Lukia vaccinated countless people through organized clinics in her community and beyond. Her associates at Shot@Life described her as a humble servant whose advocacy work impacted children around the globe, and who often referenced her own girls as the inspiration for advocating for children everywhere. The organization will be setting up a scholarship in her memory, so that her bright shining light can not only live on but can shine a path for others to follow in her footsteps.

To send flowers to the family or plant a tree in memory of Lukia Dewhitt Beverly (Dewhitt), please visit our Heartfelt Sympathies Store.

We encourage you to share your most beloved memories of Lukia here, so that the family and other loved ones can always see it. You can upload cherished photographs, or share your favorite stories, and can even comment on those shared by others.

With Love from the Church Street Executive Condo A, Richard and Wanda Oberdorfer, and other have sent flowers to the family of Lukia Dewhitt Beverly (Dewhitt).
Show you care by sending flowers

Posted Jun 07, 2021 at 03:26pm
This news was so surprising. I only knew Ms Beverly In passing at uva. I was however struck by her beauty and grace. My heart goes out to her family.

With Love from the Church Street Executive Condo A

Posted Jun 07, 2021 at 02:50pm
Please accept our most heartfelt sympathies for your loss... Our thoughts are with you and your family during this difficult time.

With Love from the Church Street Executive Condo A purchased flowers and planted a memorial tree for the family of Lukia Beverly. Send Flowers

Posted Jun 02, 2021 at 06:04pm
Thank you so much for being an awesome woman wife mother and Dr. We will miss u love the Wilson family
Comment Share
Share via:
A

Posted Jun 02, 2021 at 05:39pm
She was an amazing person.She had a great smile.She listen to you..She was loved..She will be missed so.My heart and prayers go out to the family..God Bless RIP
Comment Share
Share via: 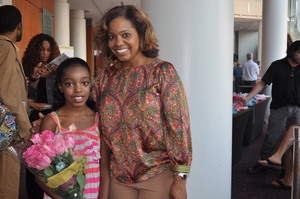 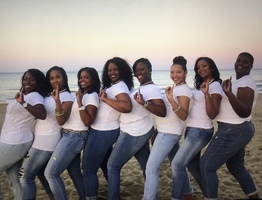