To share your memory on the wall of Rodrick Northern, sign in using one of the following options:

To send flowers to the family or plant a tree in memory of Rodrick Emerson Northern, please visit our Heartfelt Sympathies Store.

We encourage you to share your most beloved memories of Rodrick here, so that the family and other loved ones can always see it. You can upload cherished photographs, or share your favorite stories, and can even comment on those shared by others.

Jacquie Ray, Thomas (SugarBear) & Gretchen Mandley & Family, and other have sent flowers to the family of Rodrick Emerson Northern.
Show you care by sending flowers

Posted Jul 14, 2021 at 09:46am
Only God knew we would not attend another PowWow again. Our DNA cousins became quite close the past ten years and I am so grateful to God we had opportunities to fellowship! Like the rest of our cousins I truly valued your guidance with family research. You will be missed!
Comment Share
Share via:
ML

Posted Jul 14, 2021 at 09:14am
My condolences to Rod's family. It feels a little odd saying that because Rod was my family. I came in contact with Rod early in my family research. Our paths crossed several times over the years and we got to visit personally with each other and our immediate families. Rod leaves a void in my personal life -- I know it is so much more to his immediate family. I don't think Rod ever met a stranger. Peace my brother.
Comment Share
Share via:
LK

Posted Jul 13, 2021 at 07:05pm
Praying for comfort and strength to the Northern family.Sending love and great memories to Mickie,and Eric.We grew up together in Cloverdale along with attending Campostella Jr. High and Booker T. Washington schools.We all will cherish the wonderful fun memories of Roddy in our hearts forever.LaVerne Bailey Key and Ira Mark Morring sending our love to the Northern family.
Comment Share
Share via:
JR

Posted Jul 13, 2021 at 06:10pm
Shirley, know that in this time I pray you and your family know that I extend my heartfelt sympathies for your loss.

Jacquie Ray purchased the Medium Dish Garden and planted a memorial tree for the family of Rodrick Northern. Send Flowers 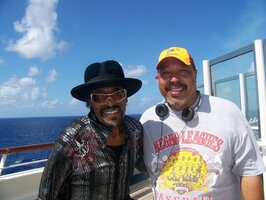 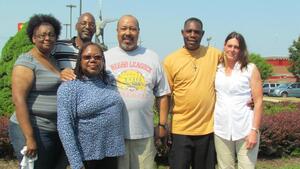 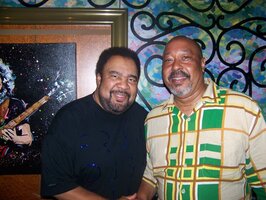