To share your memory on the wall of Gina King, sign in using one of the following options:

Gina began her education in the private schools of Nashville, Tennessee. In 1975 her family moved to Norfolk, Virginia where her father, Brady Dozier assumed the role as the Director of the Food Service at Norfolk State University. Gina, continued her education in the Virginia Beach public school system and graduated from Bayside High School in the Class of 1979. She matriculated at Virginia State University then transferred to Norfolk State University where she received a Bachelor’s Degree in Political Science. Gina subsequently earned her Master of Science Degree in Business Administration and Special Education from Norfolk State in 1990.

Gina began her civil service career in 1984 as an intern at the Army Material Command Program in Texarkana, Texas. She continued her career at various commands including the Fleet Support Supply Command (formerly the Naval Supply Center of Norfolk, Virginia), Naval Air Reserve, Norfolk. In August of 2019, Gina retired with more than 38 years from the Joint Forces Command, in Suffolk, Va. Gina was considered an outstanding employee and received many accolades for high performance and exemplary citizenship. Additionally, Gina performed a myriad of jobs in the private sector.

On June 14, 1986 Gina was married to Dennis King, Sr. Dennis and Gina's marriage ended in divorce, however, they remained good friends. In spite of her illness, Gina continued to assist Dennis in any way that she could to make his life easier. From this union, two wonderful children were born, Dennis King, Jr. and Bria Brady King. Gina was a devoted mother and exhausted every effort to ensure that her children had the means and opportunity to be productive and successful citizens.

Gina accepted Jesus Christ at an early age. She attended the Historic Bank Street Baptist Church alongside her parents. At the time of her passing, she was a faithful member of “The Mount” under the leadership of Bishop Kim Brown. She was a member of the Greeter’s Committee. Prior to her illness, she faithfully gave her time, talents and treasures to God and the fellowship of The Mount.
In June 2018, Gina began her cancer journey and fought hard until her death in July of 2021. During her journey, her friends gathered to support her by traveling near and far for treatment. Especially her sister Patricia who traveled with her on a bi-weekly basis for treatment. Additionally, her daughter relocated temporarily to support her full time in the last months of her life. Gina was notorious for being there in her loved one’s darkest hours, so her loved ones were happy to reciprocate care.

Gina was a member of the Delta Sigma Theta Sorority Inc, and was a regular contributor to Virginia Beach Jail Ministries and NAACP.

In lieu of flowers, please send donations with the note “On behalf of Gina” to ($briabrady) so we can make one donation in Gina’s name to The Ovarian Cancer Research Alliance (https://ocrahope.org ) or an equivalent cancer research center.
Read Less

To send flowers to the family or plant a tree in memory of Gina Maria King (Dozier), please visit our Heartfelt Sympathies Store.

We encourage you to share your most beloved memories of Gina here, so that the family and other loved ones can always see it. You can upload cherished photographs, or share your favorite stories, and can even comment on those shared by others.

Trina and Jerome Condra sent flowers to the family of Gina Maria King (Dozier).
Show you care by sending flowers

Posted Jul 24, 2021 at 01:50pm
Line Sister Gina will forever be in my heart and all of ours. We will cherish ALL of our memories together especially as Pledgees and our 35th DELTAversary celebrations at NSU Homecoming. We love you #9 Rest on til we meet again. 🔺️♥️🙏
Comment Share
Share via:
SC

Posted Jul 24, 2021 at 01:12pm
Gina, I cherish our memories and the laughs we have had. You will truly we missed and lovely friend.
Shawn Coles
Comment Share
Share via:
NE

Posted Jul 23, 2021 at 12:57pm
Gina, We first meet at the hair shop and Walter Harris was our stylist. We had so much fun laughing and joking while under the hair dryer. Your spirit was always positive. You will be missed. Praying for the King Family.
Comment Share
Share via:
LD

Posted Jul 23, 2021 at 11:52am
Gina, You fought a good fight, rest easy my friend and sister in Delta Sigma Theta. I will miss you until we see each other again. I send my heart felt condolences to the King family.
Lottie Dozier
Comment Share
Share via:
N

To my dearest god mother I will miss you dearly. You have been in my life since I was 2yrs old when my mom first met you at the Norfolk Air Station. You have always gave me much great advice and always been a supportive person in my life to high school graduation to child birth with grandkids. To my sister and brother I love you guys always. Keep the faith and know who loves you god and me. I will always have some great memories of you. I LOVE YOU ALWAYS & FOREVER..we will meet again babe! 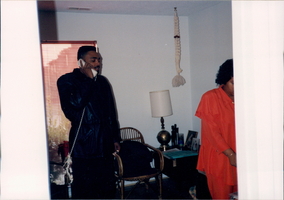 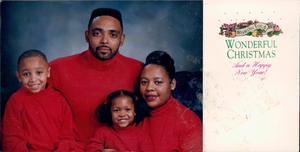