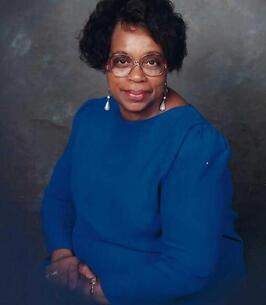 Helen Delores Dorsey Knight returned to God in her home at the age of 88, after a brief illness on July 17, 2022. She was born on May 14, 1934, at Jennersville Hospital in Pennsylvania to Charles Dorsey Sr. and Pastor Mary L. Dorsey who proceed her in death along with her brothers William Dorsey, Charles Dorsey Jr, her sisters Ida Ma Dorsey, and Betty Lou Talbot, her husband Edward Marion Knight Sr, her son Steven James Knight, her daughter Kathy Ralf, her grandson Darius James Knight and beloved friend Mr. Robert Gassaway.

Helen was united in marriage to Edward Marion Knight Sr around 1954. She was an affectionate, caring, and proud wife and mother of 7 children. Her greatest love was her family. She was a wonderful mother who was always there and tried to make time for everyone. There was a time when her mother had to have a major surgery, Helen would drive long distances to make sure she was there to support her mother and make sure her needs were met. Helen loved helping people which was a large part of why she became a CNA for over 20 years. She was a parent liaison for the Upward Bound Program, in which she supported several of her children who attended the Program at Lincoln University in PA. Helen also was of great value to the Lazer Program on the campus. She helped to developed leadership, organizational, communication and conflict resolution skills to the youth.

Helen was a long-time resident of Virginia Beach where she lived for 17 years. She was a well-loved member of the community at Jamestown Commons Apartments Senior Housing in Virginia Beach, Va. Helen will be sorely missed and dearly remembered. The family wishes to thank everyone for all their love and support.