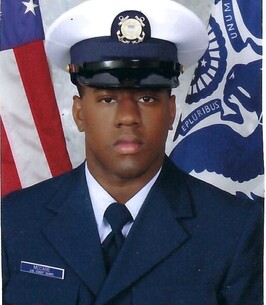 Jerrelle Lamar McCabe, 29, transitioned into the loving hands of his Heavenly Father on September 06, 2022. He was born on June 11, 1993 in Norfolk, Va., along with his fraternal twin, to Keith and Christine McCabe.

At the young age of 6, Jerrelle and Marcelle developed a love of sports. They learned the basics of football and basketball from their Dad, aka Coach McCabe and began playing in the Bayside Recreation League under the guidance of Coach Marino Terrell (pee wee “49ers” and the midget “Cowboys). Coach Marino literally adopted the twins and taught them good sportsmanship and to be winners, nicknaming Jerrelle “pork chop”. The boys moved up to the 125 lb tackle division on the Bayside Steelers, where Jerrelle excelled as Quarterback, and the team won most of their games. In middle school, Jerrelle and Marcelle participated in football, basketball, track and wrestling. They were natural born athletes.

While attending middle school, Jerrelle became passionate about wrestling. Jerrelle was a 2X All-State Wrestler for Bayside High School, coached by Rahime Young and John Stukes. He placed second in the VA AAA State Wrestling Tournament in 2011. Jerrelle and Marcelle were known as the “take down twins”. Jerrelle was described by Coach Young as the “BEAST” and inspired his teammates.

After graduating from Bayside High School in 2011, Jerrelle accepted a wrestling scholarship to King College in Bristol, TN, where he excelled at 125 lb class. He placed 6th in the NCAA Division II Super Region II. Jerrelle was a BEAST in this NCAA tournament. Jerrelle also attended Tidewater Community College and San Diego City College. After his time in college, Jerrelle entered the United States Coast Guard in 2015 and obtained specialized training as an Electrician. His duty stations included Marathon, FL, Cordova, AK and San Diego, CA. Jerrelle received several merit and achievement awards. He will always be remembered for his love of music, vintage cars, traveling, thrifting and fashion. Jerrelle had an entrepreneurial spirit, even starting his own fashion brand, Lamarhomme.

While in Cordova, AK, Jerrelle married Jamaeca Subido in March 2019. They enjoyed traveling to a variety of places, including New York and Hawaii, and attending concerts. Zion Jamar McCabe was born to the happy couple in May 2021.

At the age of 8, Jerrelle accepted Jesus Christ and then rededicated his life prior to joining the United States Coast Guard. He attempted to live life to the fullest, had a keen sense of humor and was often encouraging others.