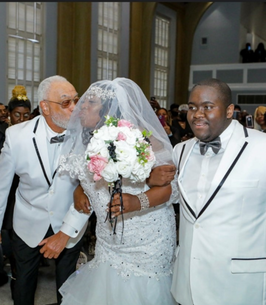 Cornell was a graduate of Booker T. Washington High School in Norfolk, Virginia. After graduation, he was employed by Old Dominion Freight Line Company where he retired. He later became employed with Standard Office Cleaning for eight years. Cornell proved himself to be an exceptional leader in all areas of his life.

Cornell accepted Jesus Christ later in his life. He was a member of Revelation Tabernacle International Ministries in Norfolk, Virginia. As a servant leader, he valued people and had a passion to help them. Cornell was a committed family-oriented person and was immensely proud of each family member.