To share your memory on the wall of Willis Brooks, sign in using one of the following options:

To know him was to love him. He was a kindhearted, loving, and amazing brother, father and husband. The best person to get advice from because he never bit his tongue. Willie was a hard worker and dedicated leader. In the 60’s, Willie was President of the VA chapter of The Black Panther party called The Black Legion, heading a movement of equality that we are yet fighting today. Willie worked as a supervisory Pipefitter for the Department of Defense, Norfolk Naval shipyard for more than 22 years. Following his retirement in 1992, Willie was an active volunteer with Norfolk Public Schools in various capacities. During his leisure, he enjoyed fishing at various piers throughout Norfolk, watching his favorite television shows and movies, and spending time with loved ones especially during the holidays. During football season, Sunday, Monday, and Thursday nights he sported his Dallas Cowboys gear...game days were his favorite. Willie also enjoyed other sports such as watching the New York Yankees, tennis if one of the Williams’ sisters were playing, golf if Tiger Woods was in the tournament and competition Poker games. As a well-rounded individual, his taste for life was unmatched. On Sunday, November 29th, after a long battle with acute renal failure, our beloved Willie passed away. Just as he dealt with all experiences in life, he went through his sickness with strength, perseverance, and grace. Willie was 76 years of age.

To send flowers to the family or plant a tree in memory of Willis James Sidney Brooks Jr., please visit our Heartfelt Sympathies Store.

We encourage you to share your most beloved memories of Willis here, so that the family and other loved ones can always see it. You can upload cherished photographs, or share your favorite stories, and can even comment on those shared by others.

Posted Dec 03, 2020 at 12:00pm
Kellie and Angel, you and your family are in our prayers. Mr. Brooks was very kind to us and pretty funny. I thank God for knowing him and Mrs. Brooks, two beautiful people. May God continue to strengthen you and give you peace during this time and forevermore. We love you all! God Bless.
Comment Share
Share via:
YH

Posted Dec 03, 2020 at 10:46am
Sending you love, my sweet niece♥and our strength to get through to the other side. They are both at peace.
Comment Share
Share via:
YH

Sending love to you and your Family, Von. Wish we could be with you all♥
T

Posted Dec 02, 2020 at 11:24am
From our family to yours, I pray God’s peace during this time. Willie will be missed here on earth, he was an amazing man.
Comment Share
Share via:
SH

Posted Dec 01, 2020 at 07:06pm
To my uncle my you rest in peace the battle it was not yours it's the lord's you will be sincerely missed
Comment Share
Share via:
SH 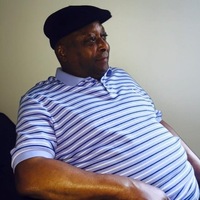 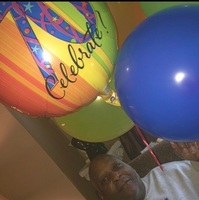 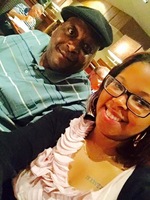