To share your memory on the wall of Larry Yancey, sign in using one of the following options:

Larry Edward Yancey was educated in Norfolk, VA where he was a proud Booker at the historical Booker T. Washington High School. He was employed with the City of Norfolk and several restaurants through-out his career. He was a man of many talents and a true entrepreneur. He was a Cowboys fan for sure but loved all sports. He enjoyed watching westerns, dancing, singing, telling jokes, and spending time with his family most of all. For his grandchildren, he always had an encouraging word to direct them in the right direction. Larry viewed and treated everyone he met as family.

He is preceded in death by his parents, grandmother, Eleese Lee, three sisters, Toni Reid, Regina Yancey and Debra Barrington, and a special sister-in-law, Jacqueline Yancy.

While he is no longer with us, Larry Edward Yancey will live on in the hearts and minds of all who loved him.
Read Less

To send flowers to the family or plant a tree in memory of Larry Edward Yancey, please visit our Heartfelt Sympathies Store.

We encourage you to share your most beloved memories of Larry here, so that the family and other loved ones can always see it. You can upload cherished photographs, or share your favorite stories, and can even comment on those shared by others.

Trina Condra (Barnes) and family and Monique and Family sent flowers to the family of Larry Edward Yancey.
Show you care by sending flowers

Posted Apr 28, 2021 at 04:37pm
It is with sad hearts that we, the Clary family say see you later to our family and friend Lil Larry. We remember him as being the coolest, kindest and always smiling brother you ever want to meet. We will miss you and we will see you later.
Ms. Shirley Regina, Selnetta , Reggie, Marie and Rollins
Comment Share
Share via:
KW

Posted Apr 28, 2021 at 11:07am
My heart felts and condolences to the yancey family. May God bless each and everyone of you. Much love Pop. 🙏🏾
Comment Share
Share via:
RL

Posted Apr 24, 2021 at 10:11am
My heart ached when I heard the news of your passing. I will miss your joyful spirit and those magical words hey sis. You may be gone from my sight but never my heart. I will miss you my brother. To my Yancey family know that you are in our thoughts and prayers during this difficult time. TRACEY WIGGINS AND FAMILY
Comment Share
Share via:
XD

You will surely be missed by many may God be with you on your journey much love my brother. Xavier Davis 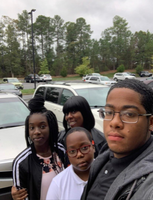 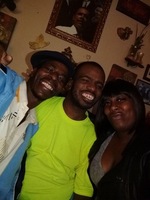