To share your memory on the wall of Jessie Laurel, sign in using one of the following options:

Print
On the morning of Saturday, March 28, 2021, Jessie Laurel
transitioned at her home in Chesapeake, Virginia at the age of 85.

A faithful servant of God, staple of her community and family, Jessie
was born Jessie Mae Baker on D... Read More
On the morning of Saturday, March 28, 2021, Jessie Laurel
transitioned at her home in Chesapeake, Virginia at the age of 85.

Jessie met her husband, Randolph Laurel, accidentally in the front
yard of her home. They became high school sweethearts. After high
school graduation, Jessie attended Morris College in Sumter, South
Carolina. She then moved to New York, where she and Randolph
later married. She worked until retirement for the state of New York.

Upon retirement and relocation to Chesapeake, Virginia, Jessie
frequently kept in touch with her family members. She was known
for her daily and weekly check-ins with her daughter, son, sisters,
nieces, close friends and other family members. She was surrounded
by a close community of neighbors and friends who were readily of
assistance to her and supported her after Randolph’s passing in 2018.

Jessie was happiest when with friends and family. She and Randolph
were known for opening their home to siblings, cousins, nieces and
nephews. Family and friends look back fondly on the gatherings
they hosted in their home on Euclid Avenue in Brooklyn, New York.

Jessie was preceded in death by her husband of 60 years, Randolph;
two sisters, Helen and Lucille, and three brothers, Everett, Charles
and Benjamin.

To send flowers to the family or plant a tree in memory of Jessie Laurel (Baker), please visit our Heartfelt Sympathies Store.

We encourage you to share your most beloved memories of Jessie here, so that the family and other loved ones can always see it. You can upload cherished photographs, or share your favorite stories, and can even comment on those shared by others.

Posted Apr 03, 2021 at 07:43am
My memory of Jessie is of a very beautiful woman, kind-hearted, and loving. Years ago, they opened their home to my dad when he made a trip to the north, took him shopping, entertained him and some of his friends but I never forgot it. I said I was going to keep in touch. I didn't keep it going but we did talk recently. She will be missed and always loved. Sincerely, Veronica Orr White
Comment Share
Share via:

Posted Apr 02, 2021 at 04:06pm
Jannie S Baker
Was it only Friday that I last spoke to Jessie without any hint of what was to come. I was truly taken aback when Sam called on Saturday. Jessie was dearly loved and a wonderful sister-in-law. She was always there for me and everybody else who needed her. She had a beautiful spirit that enveloped her and will be greatly missed.
Comment Share
Share via:

Posted Apr 02, 2021 at 02:54pm
I am truly sorry to hear of Aunt Jessie's passing. I would like to offer our most sincere condolences and may Aunt Jessie's soul rest in peace. I have the fondest memories as a child of Jessie's sense of humor and spirit. I always enjoyed visits with her and remember those cokes with a dash of milk!
Love,
Hector
Comment Share
Share via:
WW

Posted Apr 02, 2021 at 11:14am
Heart felt sympathy to the Laurel Family in the passing of our dear and beloved friend.
From Walter and Delores Whaley. Edisto Island, South Carolina.
Comment Share
Share via:
EB

Posted Apr 01, 2021 at 09:26pm
There are no words to express how deeply sadden I was to hear to Aunt Teen's passing. She was a beautiful soul outwardly and inwardly. She was warm; loving; kind; and gracious. She always had a smile on her face and a kind word to say. She was a phenomenal woman! I am thanking God for allowing her to be my aunt. May God grant her eternal life and give peace and condolence to her family; friends; and neighbors.
Comment Share
Share via: 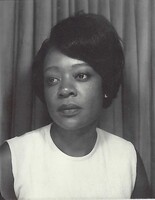 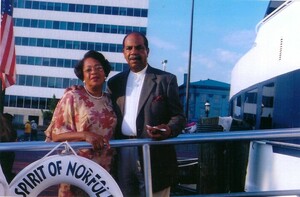