To share your memory on the wall of Bertha Hinton, sign in using one of the following options:

She was born on June 17, 1942 in Norfolk, Virginia to the late Bertha Mae (Wallace) Dudley and Washington D... Read More
Bertha Melvin (Dudley) Hinton, 78, passed away at St. David’s Medical Center in Round Rock, Texas on Saturday, June 12, 2021.

She was born on June 17, 1942 in Norfolk, Virginia to the late Bertha Mae (Wallace) Dudley and Washington Dudley, Sr.

Bertha grew up and attended grade school in Norfolk, Virginia and graduated from Booker T. Washington High School. Afterwards, she matriculated to Norfolk State University, where she graduated with a Bachelor of Sciences degree in Elementary Education in 1965.

Bertha taught school in Norfolk, Virginia for 5 years, teaching grades one through three as well as kindergarten in the summers. She was a dedicated educator, taking enrichment courses in Early Childhood Education and Child Psychology while teaching, and attending Wayne State University as a graduate student in the summer of 1968. She was a rising star in education and took tremendous pride in her students until she married into the military and moved to Tacoma, Washington in 1970.

She gave birth to her first and only child, Clarence C. Hinton III, in 1973. While raising her child and attending to the rigorous duties of being a military wife, Bertha remained active in child development and community enrichment. She volunteered her time generously to the various schools her son attended, served as a Den Leader in the Cub Scouts for several years and was even the Mayor of North Main Post at Ft. Benning Georgia.

In time, Bertha returned to her first love of elementary education before retiring and moving to Texas to be closer to her son and his family.

She was preceded in death by her sister, Verna Yvonne Dudley.

A funeral service in memory of Bertha will be held on Friday, June 25 at 11:00 a.m. at Graves Funeral Home. Interment will follow in the family plot at Calvary Cemetery.
Read Less

To send flowers to the family or plant a tree in memory of Bertha Dudley Hinton (Dudley), please visit our Heartfelt Sympathies Store.

We encourage you to share your most beloved memories of Bertha here, so that the family and other loved ones can always see it. You can upload cherished photographs, or share your favorite stories, and can even comment on those shared by others.

The Dillett Family (Paul, Sandra and AJ), The Hanson Family, and other have sent flowers to the family of Bertha Dudley Hinton (Dudley).
Show you care by sending flowers

Posted Jun 23, 2021 at 01:56pm
Our deepest condolences during this difficult time

Posted Jun 22, 2021 at 09:41pm
My wife , Rev. Dee and I wish to offer our sincere condolences to the family of Bertha Dudley Hinton , my 1960 Booker T. Washington High School classmate and fellow alum of Norfolk State University. Bertha truly was a lovely person and shall be missed by all who knew her. Rest in peace my Tau Beta Sigma sister.

The Hanson Family purchased flowers and planted a memorial tree for the family of Bertha Hinton. Send Flowers 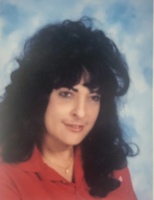 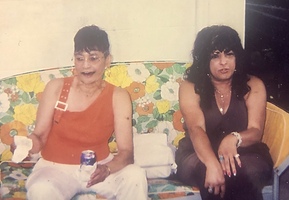 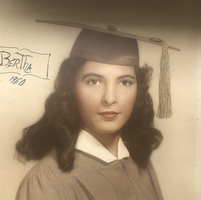 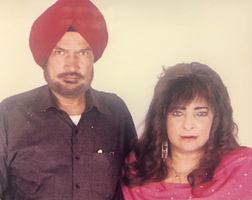