To share your memory on the wall of Cleveland Martin, sign in using one of the following options:

Cleveland was a student of Crestwood High School. After graduating with Honors in 1961, he turned down acceptance at the University of Virginia to attend North Carolina A&T State University. He matriculated briefly before deciding to start an apprenticeship at the Naval Shipyard. Upon completing his apprenticeship, he was drafted in the U.S. Army in 1966, where he served in Germany. Before he completed his tour of duty, he married the woman who would be his lifelong love, Ernestine McCoy.

Upon being honorably discharged from the Army, he worked at the Naval Shipyard. While holding this position, it was decided that he would matriculate at Norfolk State University in Physics. Upon graduating Phi Beta Kappa and Summa Cum Laude, he moved his young family to Webster, New York and began what would be a nearly 30 year career with the Xerox Corporation. He became a world traveler while living in Webster. He visited the Netherlands, England, Brazil, Mexico, and Canada as well as many other places. He developed a love for NCAA basketball, especially the Big East. He rarely missed a Big East tournament. However, his dream was to retire in Virginia. So, he built a home on ancestral land right next door to his eldest sister.

Throughout his years, he shared his love for music with his family and used his skills at teaching and math to tutor children, grandchildren, and grand nieces. Teaching math became a passion. He decided to become an adjunct professor at Tidewater Community College until he retired in 2012.

On December 27, 2020 he began the cancer journey that ultimately took his life. During the remainder of his life, his wife, all of his children, grandchildren and sisters devoted their time and talents to taking care of him. He knew he was loved and treasured in equal measure to the love he shared with us.

In lieu of flowers or plants, Mr. Martin asked that donations be made to Crestwood High School Alumni Association, Inc. Please send donations made out to the association to the family residence 4720 Hook Lane, Virginia Beach, VA 23455 and the family will present the donations in his name.
Read Less

To send flowers to the family or plant a tree in memory of Cleveland Forrest Martin III, please visit our Heartfelt Sympathies Store.

We encourage you to share your most beloved memories of Cleveland here, so that the family and other loved ones can always see it. You can upload cherished photographs, or share your favorite stories, and can even comment on those shared by others.

Posted Jul 15, 2021 at 09:02pm
My sincerest condolences and love to you, Ernestine. May the love of God continue to give you and your family peace and love to sustain you during this time. I will truly miss Martin. Love. Patricia A. Griffin
Comment Share
Share via:
JC

Posted Jul 14, 2021 at 11:38pm
May the love of God rest, rule and abide with you during this most difficult time. Giving you comfort, strength, and that "The peace that surpasses all understanding will guard your hearts and minds in Christ Jesus." Philippians 4:6 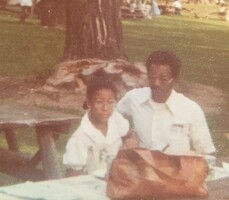 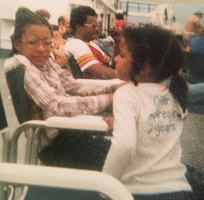